European Foundation for Support of Culture 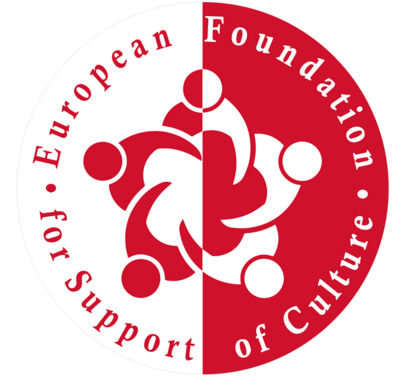 The European Foundation for Support of Culture, also known as EUFSC, is a non-profit cultural establishment based in Malta. It creates, supports, and promotes initiatives in the field of culture and education on the European, Asian, South American, and North American continents.

EUFSC was founded by businessman and philanthropist Konstantin Ishkhanov. Today, Mr Ishkhanov is the president of the Foundation.

The cornerstone of the EUFSC operation is providing those who are interested in global culture with opportunities to play a part in the world’s cultural legacy. Each year, the Foundation initiates or supports a large number of cultural events, such as music and film festivals, diplomatic congresses, and art exhibitions.

The European Foundation for Support of Culture has taken part in such notable events as the 40th Jubilee Gramophone Classical Music Awards in 2017, the celebration of the 50th Anniversary of Russian-Maltese diplomatic relations, the Malta International Music Festival in 2018, and the first Malta Philharmonic Orchestra international tour in 2018.

Another important focus of the Foundation is supporting amateur artists and musicians. The European Foundation for Support of Culture hosts a number of prestigious artistic and musical competitions in which novice performers can declare their talents and introduce the world to their art.

Apart from its global contribution, the Foundation also plays a leading role in the Maltese music scene. It provides numerous Maltese composers, orchestras, national ensembles, and musicians in general with significant financial support. An example of its contribution to domestic culture wasthe Malta International Piano Competition, which EUFSC hosted in 2018.

Among the most noteworthy ongoing EUFSC projects is a series of international piano competitions. These began in 2019 and have already taken place in Germany, Italy, France, Armenia, Kazakhstan, the Russian Federation, China, Japan, Belgium, Austria, Switzerland, the United Kingdom, South Korea, and the USA. The next competition in the series is taking place in Malta in 2021.

The European Foundation for Support of Culture cooperates with numerous foreign and local organizations. On a cultural and business basis, the Foundation maintains partnerships with Turkish, Italian, Belgian, Austrian, and Russian embassies. It also cooperates with the German-Maltese Circle, the Italian Cultural Institute, the Russian Centre of Science and Culture, the Chinese Cultural Centre, the Malta Tourism Authority, Malta Chamber of Commerce, Enterprise and Industry, the Mediterranean Conference Centre, Astra Theatre, the Barocco Foundation, Malta School of Music, Brigitte Gauci Borda School of Dance, Arts Council Malta, the Program for Promotion of Creative Development of Children and Young People, St. James Cavalier Concert Hall, and others.