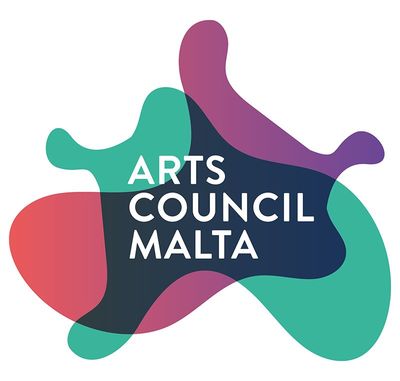 Arts Council Malta, also known as ACM, is a Maltese national cultural organization. It funds, endorses, and promotes events and establishments that belong to the creative sector in Malta. ACM distributes government funding to support the country’s culture and creativity. ACM is sometimes still referred to by its previous name, MCCA or the Malta Council for Culture and the Arts.

In 2015, the Council unveiled its five-year Strategy2020. The document was designed to nourish the Maltese artistic and cultural scene, setting out the following goals: maintaining and financing the development of amateur artists into professionals and nurturing their talents, linking Malta to the transborder creative network in order to exchange knowledge and expertise, creating opportunities for people to express their creativity, and building theatres, music halls, and other creative and cultural spaces in the country. Altogether, the document outlined as many as 70 deliverables for the artistic network and creative scene in Malta.

Strategy2020 was developed with the help of more than 300 specialists, including practicing artists and other stakeholders. Arts Council Malta held numerous meetings and discussions on the creative future of the country, which shaped the comprehensive and well-structured document.

The Strategy2020 initiative resulted not only in further great progress in the creative field in Malta but also in the notable restructuring of the Arts Council itself. In recent years, ACM, which used to be a modest entity, has grown into a huge and prominent public establishment. Today, Arts Council Malta plays a leading role in the country’s cultural space. It has hosted such large and notable events as the Seventh World Summit on Arts and Culture in 2016, and the Cultural Export Program in cooperation with the European Union in 2017. Moreover, with the help of ACM, the Maltese capital city of Valletta was designated as the European Capital of Culture in 2018.

Arts Council Malta has also cooperated with multiple creative organizations and festivals on the basis of Cultural Partnership Agreements. Those arrangements help to maintain and promote such projects as the Valletta Film Festival and the Mediterranean Literature Festival.

As a part of its growth and restructuring, a new statutory framework for Arts Council Malta was approved by the country’s parliament in 2015.

The law consolidates ACM’s access to a broad range of social and economic instruments that help to enrich and maintain Maltese culture and the creative sector.

The Council’s designated responsibilities are:

(a) to advocate and be a strategic leader and catalyst for the cultural and creative sectors, through the implementation of strategies, with a particular focus on:

(b) to promote innovation in the sectors and stimulate a creative ecosystem for the generation of contemporary creative content;
(c) to initiate, develop and promote strategies, programmes, and initiatives necessary to enhance the performance of the sectors;
(d) to act as a broker for the cultural and creative sectors, and as a bridge with other sectors;
(e) to promote intellectual property in the sector;
(f ) to ensure the development of a sustainable creative economy;
(g) to facilitate and promote the sustainable development of creative individuals and organizations;
(h) to facilitate the participation in, and access to, cultural and creative activity;
(i) to foster active and participatory citizenship in culture and promote cultural inclusion, equality, diversity, and the freedom of creative expression;
(j) to increase the understanding, appreciation, enjoyment, and expression of culture; and
(k) to safeguard the dynamic development of those cultural characteristics, including intellectual, linguistic, traditional, and folkloric, which identify the Maltese people.

The full act is available here.