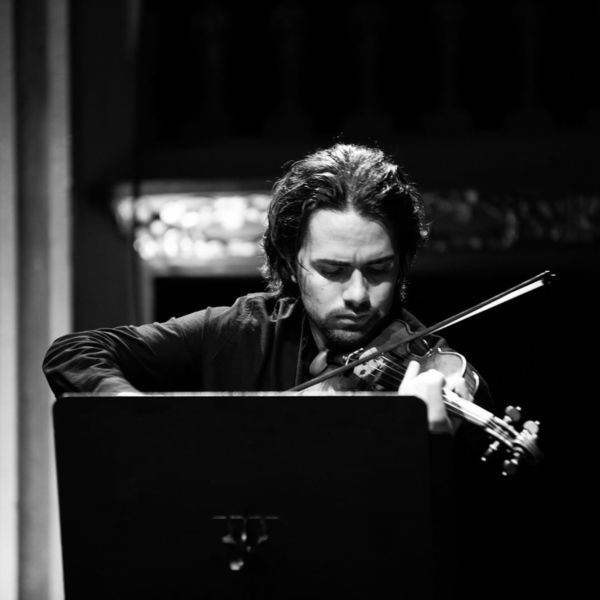 On Wednesday 16th March, the European Foundation for Support of Culture, in collaboration with the Manoel Theatre, organised a special concert to commemorate the 240th anniversary of the birth of the legendary violinist and composer Niccolò Paganini, featuring the talents of two of the most exciting Italian musicians of our time.

Pianist Giuliano Mazzoccante has now been a household name in the world of piano for many years, with the pianist first coming to prominence after winning various competitions, including the “M. Clementi” in Florence, “Agorà 80″ in Rome, “F. Liszt” in Lucca, and “Città di Stresa”. In 1997, he won second prize at the ‘T. I. M. ” – International Music Tournament; in 1998, he was awarded the prestigious “Prix Venice”; in 1999 he won second prize at the international competition “Ecomusic” of Monopoli (BA); in 2002 was the winner of the 40th International Piano Competition “Arcangelo Speranza” in Taranto, and in October 2009 he was awarded in the “4th International Tbilisi Piano Competition” in Georgia (WFIMC).

Mazzocante is the Founder and Artistic Director of the national piano competition ”Citta di San Giovanni Teatino”, and is often invited to serve on juries for national and international piano competitions. He is regularly asked to present concerts and masterclasses at international festivals such as “ClaviCologne Festival” in Germany, the “Malta International Music Festival” and the “International Piano Festival & Competition” in Italy. He has appeared as a soloist with orchestras including the Camerata Baltica, Lithuanian National Symphony Orchestra, Kiev Philharmonic Orchestra, Sinfonica Abruzzese, Sinfonica di Lecce, Sinfonica di Bari and Solisti Aquilani.

Violinist Giuseppe Gibboni, meanwhile, entered the scene much later, but has quickly captured the public imagination, impressing audiences and critics alike all around the world since first coming to prominence in a spectacular fashion by becoming the first Italian in 24 years to win first prize at the prestigious Paganini Competition in 2021 at the tender age of 20, while also taking the awards for best performance of a Paganini concerto, best interpretation of a Paganini Caprice and the audience award. These achievements enabled him to claim, among other things, the unique opportunity to perform on Paganini’s own famous violin, the 1743 Guarneri ’del Gesù’ ‘Il Cannone’, thus granting him a unique insight into the mind of the famous violinist himself.

Together, the two musicians serenaded the audiences present in the theatre with a special programme, designed specifically to honour Paganini and with the aim of highlighting both his immense talent as well as the impact that his legacy has had on the world of classical music. 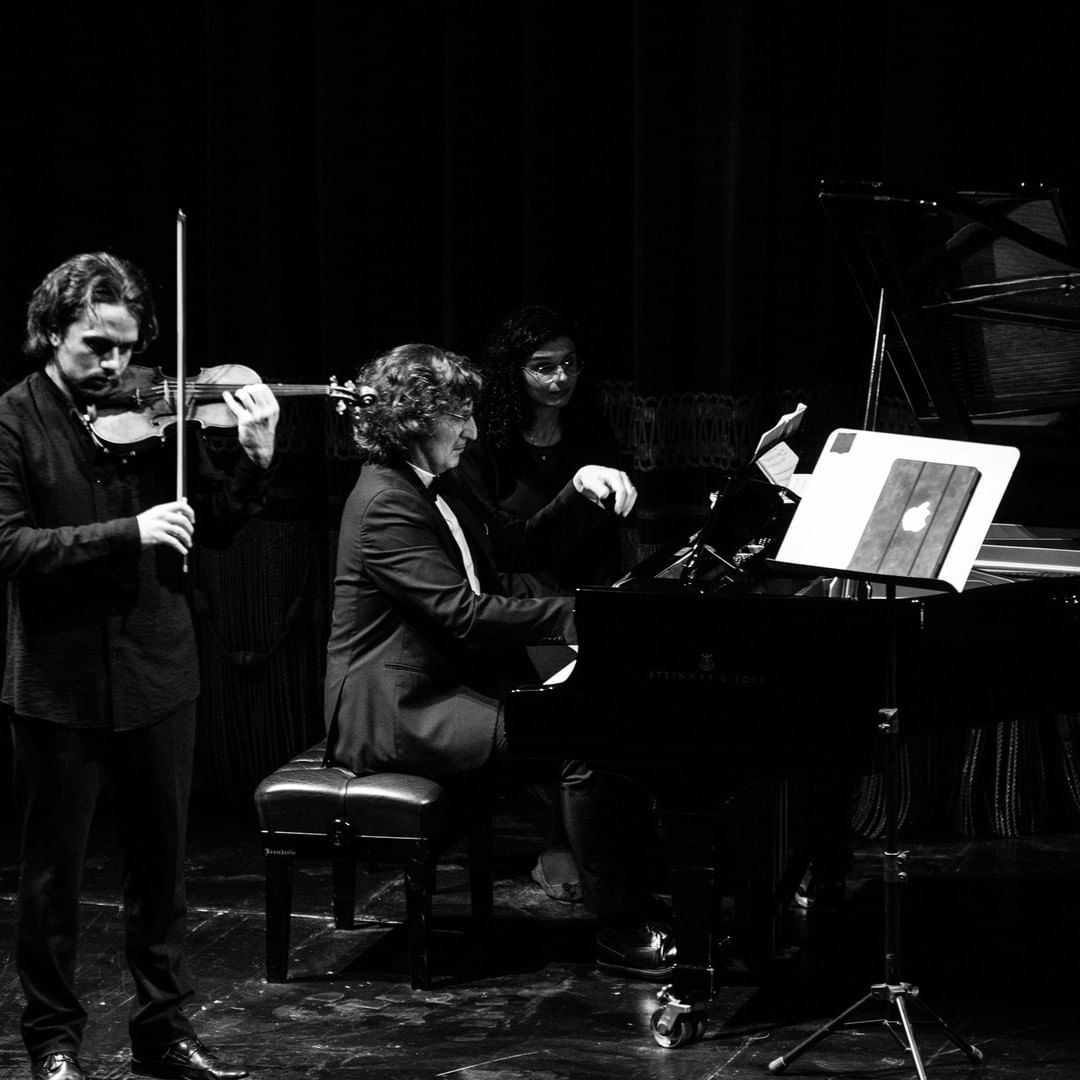 Starting with a rendition of Johannes Brahms’s Violin Sonata No. 3 – the last of the composer’s violin sonatas, written in an uncharacteristic four movements instead of his usual three – Gibboni then moved on to a staple of the Paganini repertoire – the famous caprices. Renowned for their technical challenge and tonal beauty, the 24 caprices, taking the form of études, have captured the public imagination ever since their publication in 1820, proving to be ever popular among both audiences and violin players alike. Gibboni performed a special selection from this series for this evening, presenting audiences with the 1st, 5th and the famed 24th caprice.

Together, the two musicians then tackled Henryk Wieniawski’s Variations on an Original Theme, with its virtuosic demands and technical complexity providing a perfect platform for the artists to showcase the full range of their wide-ranging skill set, before Gibboni harked back to the Caprices once more with a performance of Alfred Schnittke’s A Paganini. Written, as the title indicates, in homage to the Italian violinist, Schnittke’s work is loosely based on the opening theme of Paganini's 24th Caprice, with the composer weaving together Paganini’s virtuosic devices with a veritable cornucopia of musical interludes in a work of intertextual genius which pays testimony to Schnittke's wide-ranging musical knowledge. Finally, Paganini’s own daring and hauntingly beautiful La Campanella brought proceedings to a close, providing a fitting final flourish to an evening dedicated to one of the greatest violin performers of all time.

Among the people in attendance for this stunning display of virtuosity and musical excellence, which was rewarded by an appreciative audience with various standing ovations and raucous applause throughout, was the Italian ambassador to Malta, Fabrizio Romano, who was left impressed with the evening's proceedings as he noted that, "it was a fantastic concert, very well organised, a very high level of performance and the repertoire was very well chosen – Brahms, Paganini and Schnittke – it's quite rare to hear these kind of compositions. I also was struck by two other things, the theatre acoustic which was excellent tonight, and also the quality of the instrument of maestro Gibboni, really, really beautiful, really amazing. It was also wonderful to listen to two such amazing Italian artists, and Gibboni especially is very young so it's an investment for Italian music!"

These sentiments were echoed by the CEO of the Manoel Theatre, Massimo Zammit, who was also present for the concert, and who remarked that "It was an impeccable evening, we had two internationally-renowned artists here tonight, and it was flawless, a truly marvellous evening! The Theatre is an intimate venue with a small audience capacity, and it's a perfect fit for a concert such as this, it worked perfectly. It's very exciting for us to have events like these, and we look forward to bringing more artists of this calibre here together with Konstantin Ishkhanov and the European Foundation for Support of Culture who we worked with for this event". 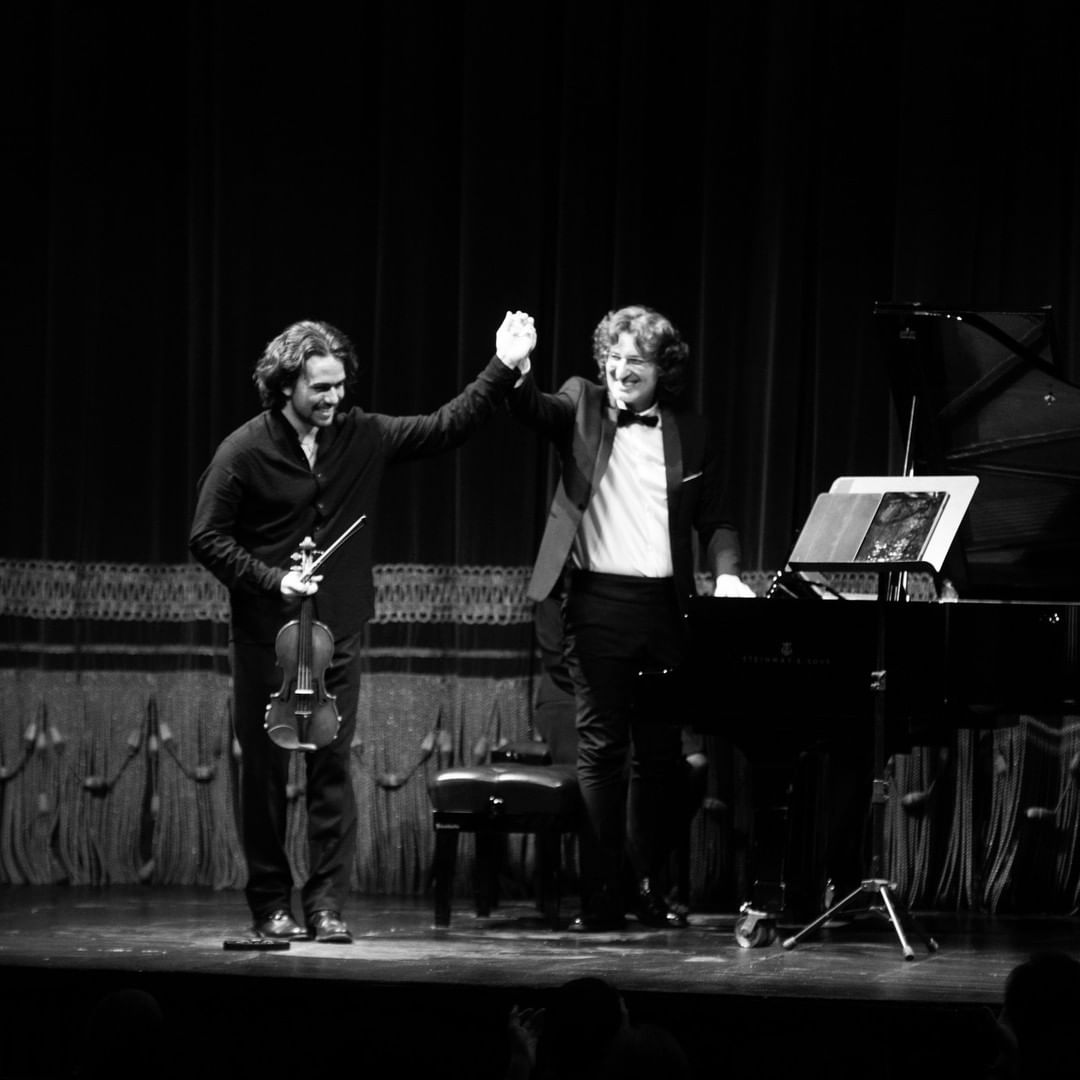 For their part meanwhile, the musicians themselves also had nothing but praise to share, with Gibboni declaring that "it was just amazing! The theatre is absolutely amazing, the acoustics were great, and the organisation was perfect as well. I'm very very happy, and most of all I'm happy that the audience had a good time tonight; they were a brilliant audience, truly wonderful. It's always a big responsibility for me to perform Paganini, and ever since I won the Paganini Competition of course that sense of responsibility has increased, but this is how it should be with all music I think, and I'm just glad that we got to share the music of Paganini with so many people tonight. I was also extremely honoured to play alongside Giuliano Mazzoccante. He's a really amazing musicians, and it was a huge joy and a great opportunity for me I felt to get to play with him tonight".

Similarly, Mazzoccante extolled the virtues of the concert, the theatre, and his compatriot and partner for the evening, exclaiming that it was "such a wonderful evening. This theatre it's just so beautiful and intimate and the audience was amazing tonight, they were really great all throughout. We celebrated the talents of a brilliant Italian violinist of the past today, but we also saw the talents of another brilliant Italian violinist of the present and of the future! Giuseppe Gibboni is, as everyone could see tonight, such a massive, unique talent. I remember seeing him play when he was much younger, he was already good then but seeing how he's grown and how young he is makes me so excited for his future and for music. It was wonderful to play with him, and I would like to thank all the organisers who helped make this possible because it has all been just a great experience". 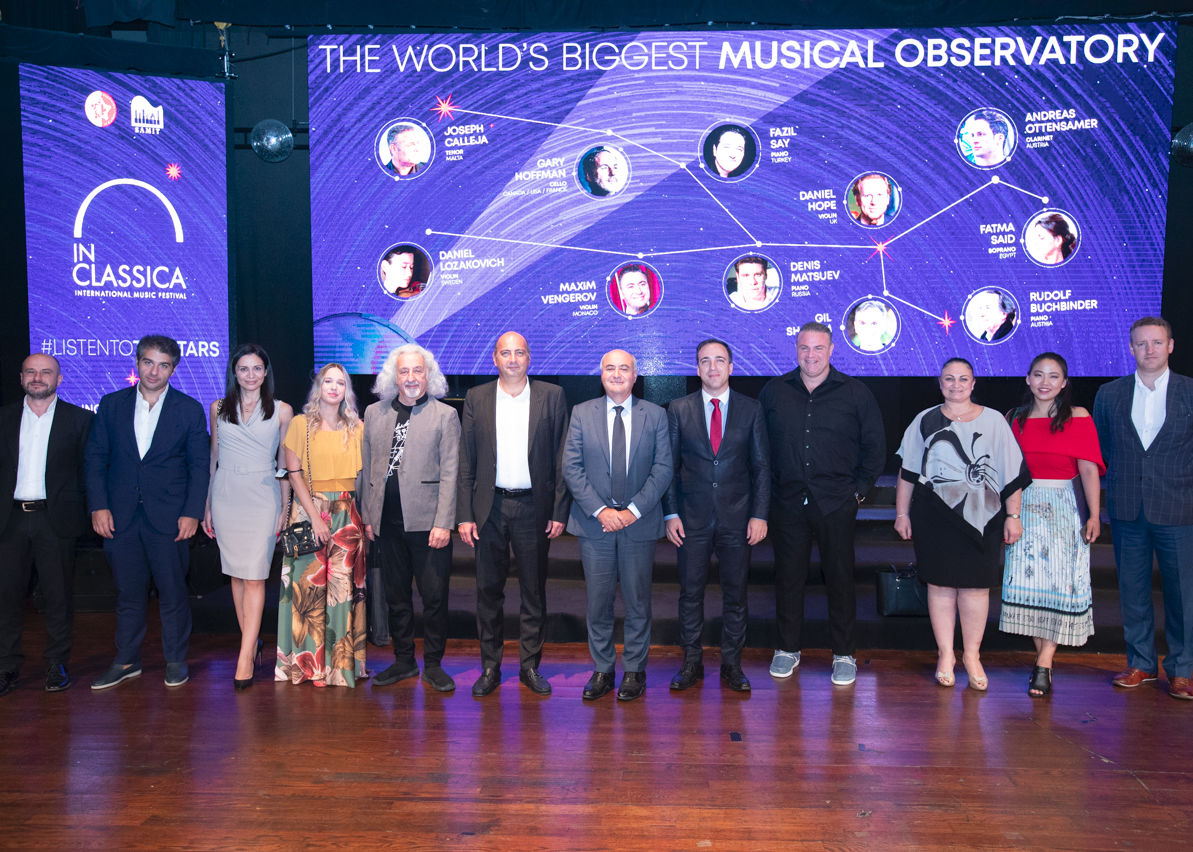 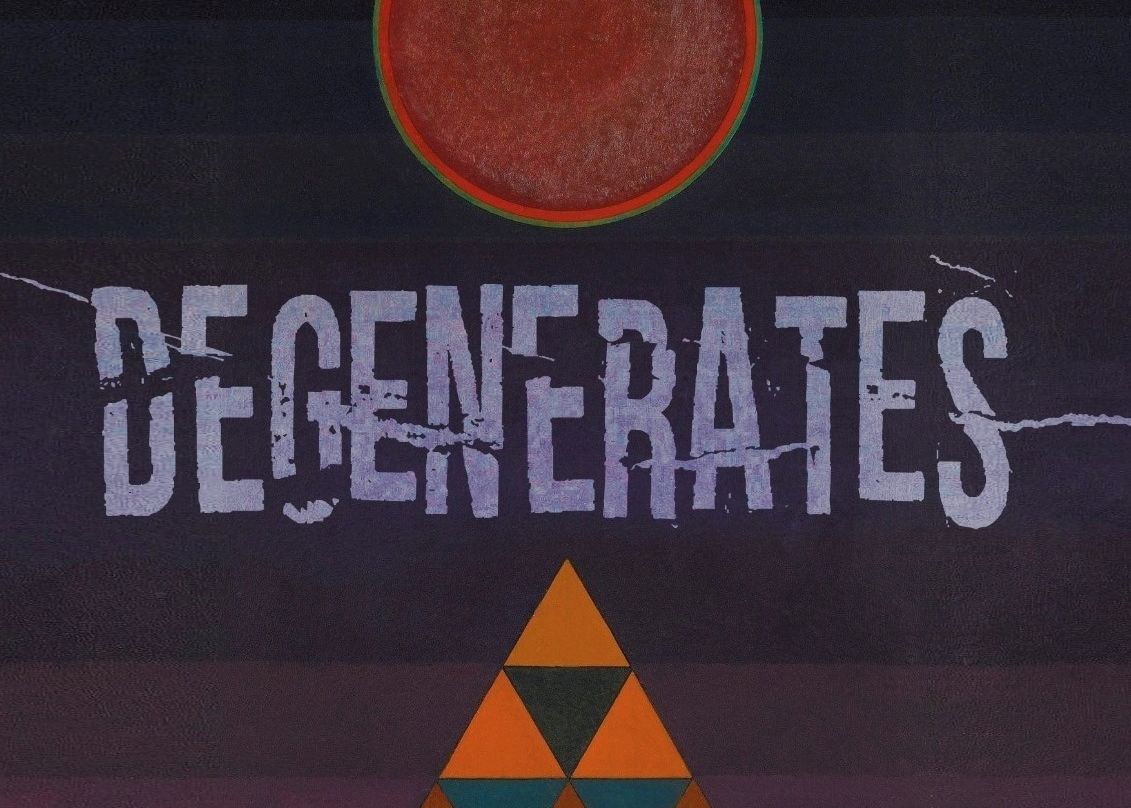 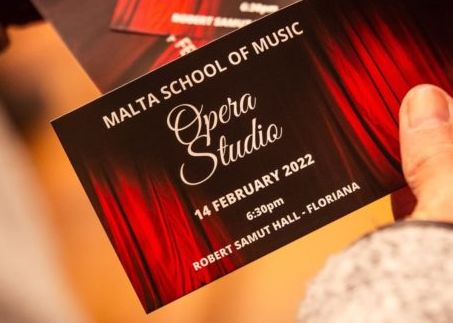 In a first for the Maltese Islands, the Malta School of Music has announced the launch of a specialised Opera Studio, designed to provide students with opportunities for further specialisation and advanced…