Il-Premju għall-Arti, Malta’s national arts awards, has announced its fourth edition of the event which celebrates the achievements of Malta's cultural and creative sectors. The 2021 event will be dedicated towards the accomplishments of the sector in overcoming and adapting to the ever unfolding COVID-19 pandemic and associated containment measures. MyMAC caught up with Christabel Catania, Education and Development Associate at Arts Council Malta (ACM) to discuss her role within il-Premju għall-Arti and how the pandemic has impacted the much celebrated awards. 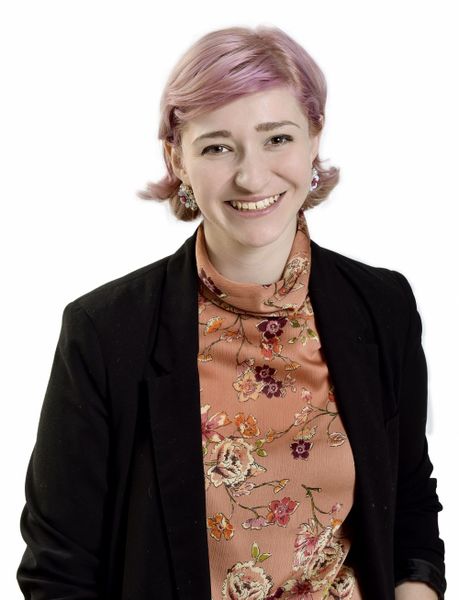 At just 30 years old, Christabel brings an array of experience to ACM. Interested in community arts from a young age, she moved to the UK to pursue a Master of Applied Theatre degree. While there, she began working with a community interest company called Odd Arts, where she was introduced to arts as a tool for education. Having seen firsthand the differences art can make, Christabel became involved in strategy, eventually continuing her studies in policy.

Upon returning to Malta, Christabel joined ACM as a Creative Broker at the end of 2017 and took on the role of Education and Development Associate just one year later. In this role, Christabel manages various initiatives relating to education, training, children and young adults. This involves informing ACM’s education and training strategy, whilst managing the implementation of strategic goals and objectives. These goals and objectives include managing a number of funding schemes and initiatives such as the Kreattiv and newly established Arts Education Scheme.

Christabel is also very passionate about cross-sectoral collaborations such as those now in place with MCST and Agenzija Zagħzagħ. These activities help to engage increasing numbers of young people with the arts, and encourage the fostering  of cross-sectoral skills which are increasingly becoming essential for the 21st century job market.

Christabel, could you tell us a little bit about your journey into the arts sector and what drives you as an Education and Development Associate?

I was always interested in the arts from a young age. My father was an avid visual arts and music enthusiast, and despite not being able to pick on one memory, I remember arts and culture being present and given importance in our household.

Eventually, after watching my sister in her own theatrical rehearsals I started training at the Malta Drama Centre myself. Here, I had the honour to work with local and influential theatre practitioners such as Zep Camilleri, Mario Azzopardi, Lino Farrugia and Albert Marshall. As I was training in acting, I started writing and involving myself in community projects around Malta. In 2012, I also wrote a socially embedded production that was performed during the finals of the Eurotopique festival in France.

Theatre helped me make sense of who I am, especially during my teenage years by allowing me to voice my opinions and concerns. I strongly believe arts is one of the main drivers of social change and that we should invest our energy and efforts in fostering bold young creatives with a distinct voice.  This drives me in my role as Education and Development Associate, as I want young people to experience art and to produce art. I want young people to understand they have a voice and they can express it creatively.

Could you explain your role with regards to the planning and preparation for Il-Premju għall-Arti?

I have been involved with the preparations of il-Premju għall-Arti from its very first edition back in 2017. However, I officially took up the management of the project in 2019 when we launched a simplified version of the nomination process which led to the Premju.mt website.

On the whole, I work very closely with the Artistic Director, Ray Calleja, and Director for Funding and Strategy, Mary Ann Cauchi, in order to implement and deliver their vision for this ambitious project. I also manage and oversee all the administrative processes and logistics throughout the year; from drafting guidelines to evaluations, preparation of features and seating plans. It's a very vast but fulfilling role. 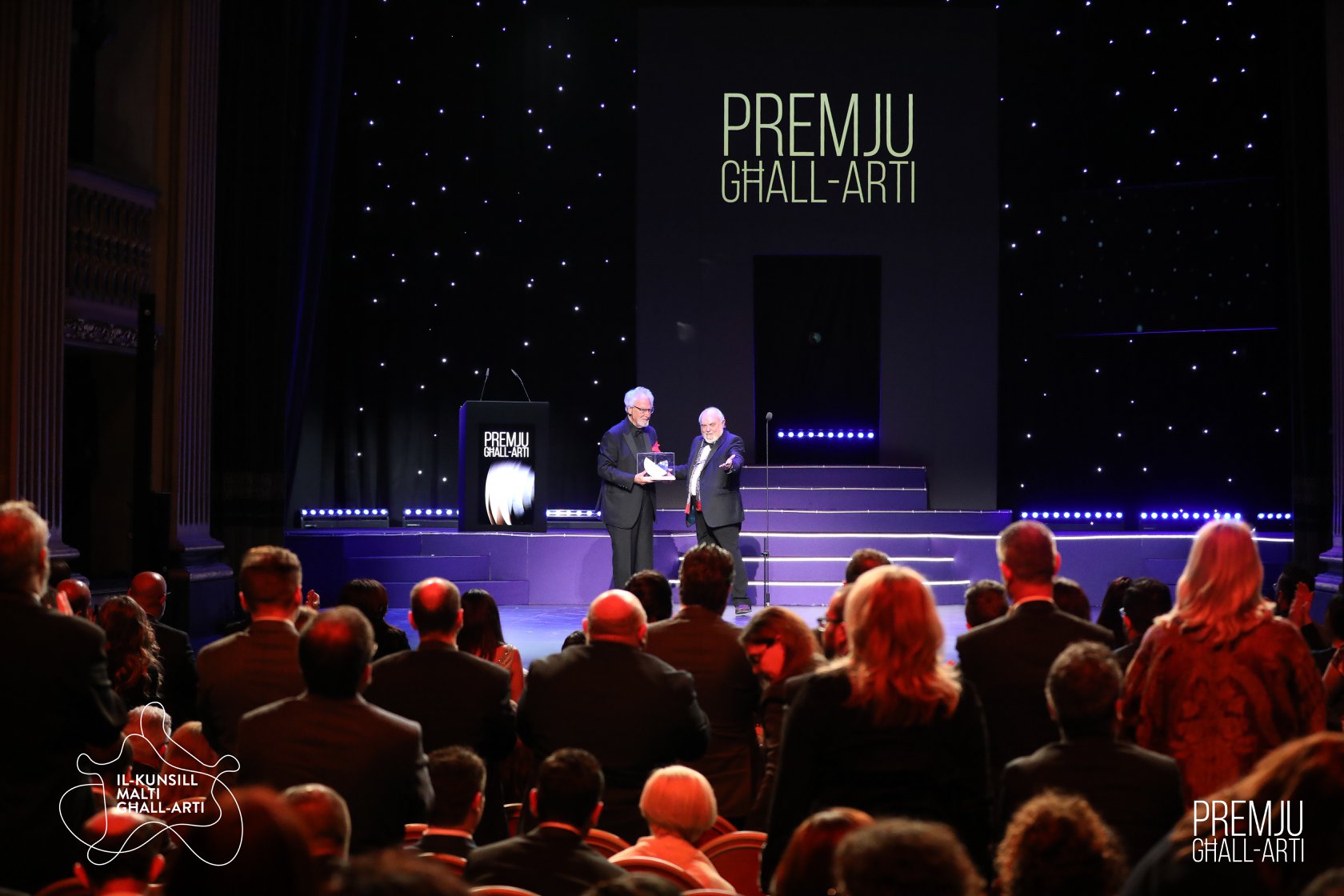 What  ideology lives behind Il-Premju għall-Arti and why are such awards are important locally?

Premju għall-Arti was launched in 2017 as part of the Create2020 strategy. The aim is to have a national awards programme which celebrates the achievements of Malta's cultural and creative sectors. The event also serves to acknowledge and award excellence in artistic work premiered during the year. In the past three editions we have recognised the work of various individuals, young artists and organisations, all of whom have significantly contributed to the advancement of Malta’s cultural and creative sectors.

The upcoming Il-Premju għall-Arti marks the event’s fourth anniversary. How have the awards evolved and grown from the first edition up until now?

Whereas the ideology and prestige of the award has remained intact, the event itself has undergone a number of evolutions, some of which were unexpectedly brought about by the circumstances surrounding it.

As soon as we wrapped up Premju għall-Arti 2019, we began an internal evaluation of the nomination process. We wanted these awards to not only be a possibility for artists to nominate their peers, but also wanted to offer the public the opportunity to nominate the performances and projects they truly enjoyed.

This led to the launch of Premju.mt, where the public was invited to nominate through a very simplified nomination form. This helped us widen our audience reach and allow the public to nominate artists who might have not known about Premju għall-Arti or would have felt intimidated to approach us. In fact many artists and creatives nominated for Premju għall-Arti 2020, had no idea who nominated them!

We also added an extra level of prestige where all the artists were individually informed by our team about their nomination, this was a personal touch which was added in aid of bringing the council closer to its community. Once we return to theatres and art spaces we also plan to have physical nomination forms, inviting the public to nominate the projects there and then. 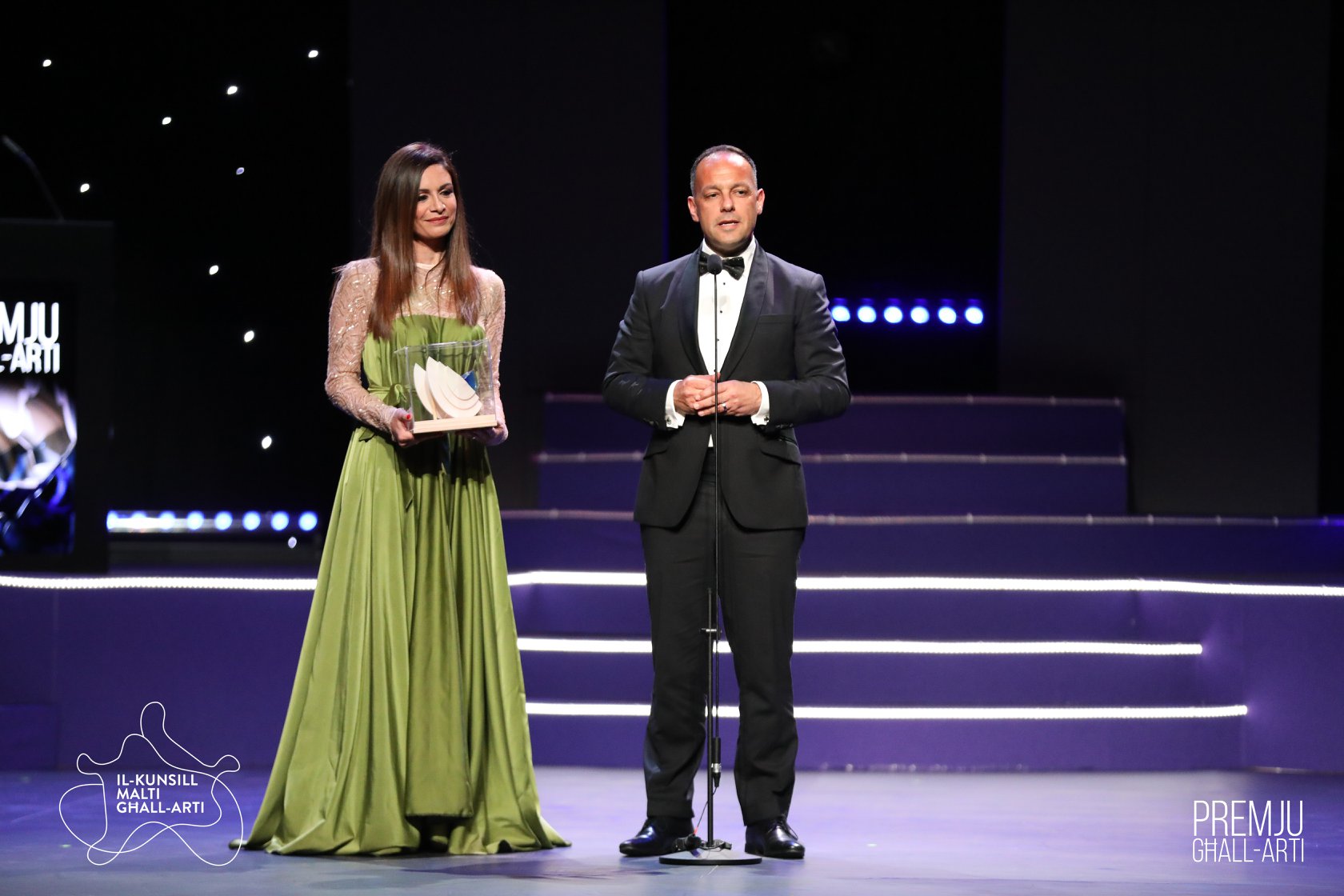 Last year’s edition was held during the first wave of the COVID-19 pandemic. How did this affect the event?

As mentioned, il-Premju għall-Arti has undergone a few transformations since its inception, the last brought about by COVID-19. The pandemic forced us to evolve and adapt according to the health regulations in place. Whilst ensuring that we stuck true to the ethos behind the event, we shifted the April 2020 edition totally online.

Premju għall-Arti 2020 was a truly tough call! The nominations were of a very high standard and they truly merited being celebrated accordingly. A few months after the announcements, we individually delivered the trophies to the winners and congratulated them in person as they deserved. As we are approaching Premju għall-Arti 2021 the situation is still precarious and we are planning to deliver an awards ceremony which truly serves as a thank you to all artists for their resilience and hard work during 2020. 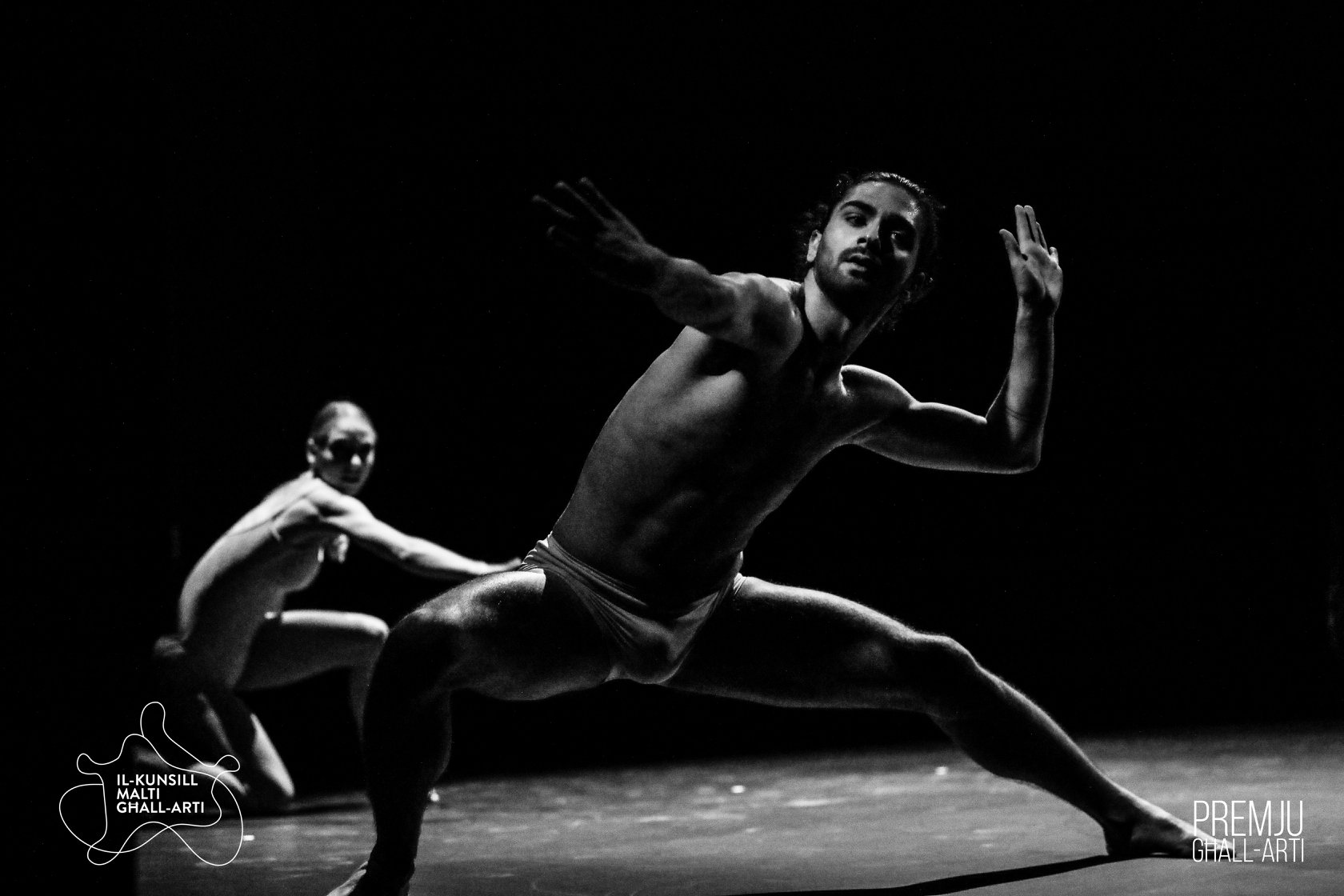 How will the 2021 edition differ from last years’ event?

As things currently stand, we have planned for Premju għall-Arti 2021 to be hosted as a hybrid event, however we are also prepared to adapt accordingly. We are planning a physical but safe event at the prestigious Teatru Manoel. We really can’t wait for Premju għall-Arti to return to this space and Ray Calleja is working tirelessly to host as many artists as possible according to the regulations. This edition, more than ever before, will celebrate the arts and our communities, placing them centre stage for the event. 2020 has been a tough year for the arts and we hope Premju għall-Arti 2021 will at least be an opportunity to come together and celebrate each other’s achievements.

The 2021 edition will be related to achievements accomplished during the first seven months of COVID-19. Can you explain how this might affect the awards?

During our team discussions we felt we had to dedicate a special Premju għall-Arti to the resilience of the cultural and creative sector. This sector was one of hardest hit economic sectors and recovery will be slow. Many art forms depend on engagement and contact and as such we believe the achievements accomplished during these months of the pandemic were truly remarkable. We also feel that projects during these months cannot be judged using the same criteria as projects which took place between October 2019 and beginning of March 2020.

This truly is a special edition, which focuses on resilience, innovation and creativity. Here I must mention the resilience of the Artistic Director who is going above and beyond to deliver a production to celebrate the local creative sector, which has — and is still — struggling as a result of the pandemic.

Could you explain how the winners are selected?

Most awards are chosen by a panel of judges who are carefully hand-picked well in advance. These are composed of sectoral experts who are changed yearly. We cannot divulge the names, as this would endanger the integrity of the process however we make sure there is no risk of any conflict of interest and represent a wide range of artistic practices.

All evaluators are given the material submitted by nominees well in advance and we have a short discussion on the submissions. This is not for the evaluators to agree on a winner but for any concerns to be ironed out. They are then given a scoring sheet and each evaluator scores individually. All the evaluations are witnessed by myself and a public notary.

We then collect the score cards and review them individually until we have a clear ranking and a winner. We inform the evaluators that we have a clear result but we never inform them who the top five selected winners are. The system might seem old fashioned, but it allows us to keep the integrity of the process intact.

What does the future hold for Il-Premju għall-Arti and similar activities for the arts sector?

One thing we will continue to strive for is the democratisation of the process. The Arts Council Malta strives to be in a position where Premju għall-Arti represents the entire sector, showcasing multiple art forms and genres be they punk, opera, design, street art, architecture, literature, film or digital media. We want artists to feel this award is something they can strive for and something they deserve regardless of their niche audiences, unusual venues or alternative approaches.

Secondly we will continue in our efforts to acknowledge the extraordinary achievements of the cultural and creative sector as a whole. We can only do this by adapting to the circumstances of the time, one year it may be a special edition, another year it might be a special award. One thing is for sure, Premju għall-Arti will keep adapting and evolving to support the needs of the industry.

Nomination forms for the special COVID-19 edition of Il-Premju għall-Arti 2021 may be submitted until 11th  January 2021 (noon). For more information, please visit their website here. 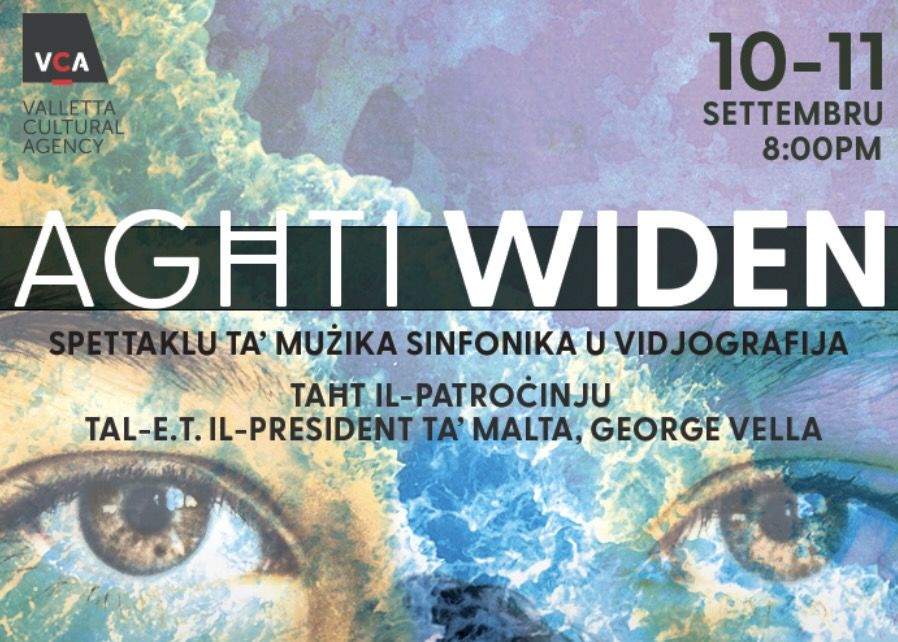 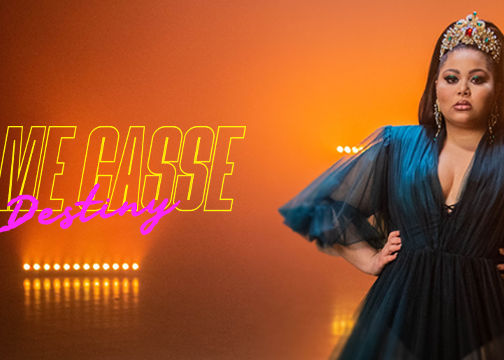 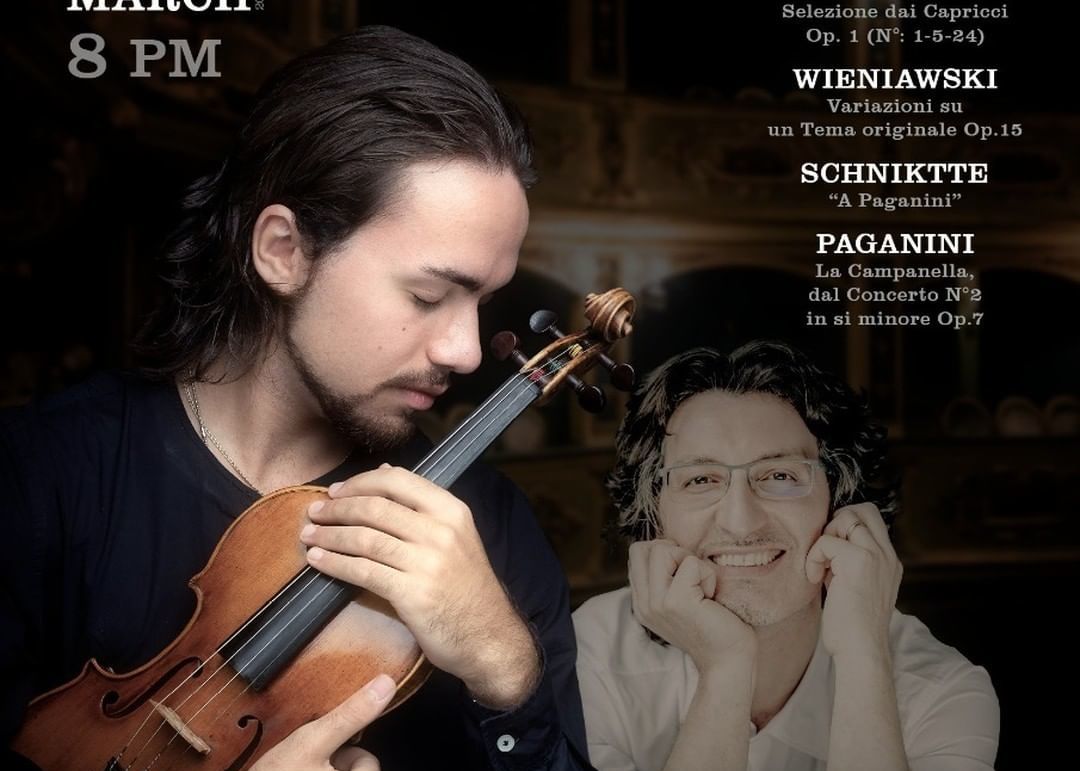