Alexei Galea Cavallazzi is a virtuoso musician and an experienced conductor. The artist has performed in countries all over the world, including the United Kingdom, the Russian Federation, Armenia, Austria, Kazakhstan, Malta, Georgia, and Germany to name a few. His professional interests span a wide range of fields, from virtuoso instrumental techniques in the world of piano and organ playing, to conducting ensembles around the globe. Mr. Galea currently lives in Malta, where he works as an organ player while also holding the position of Music Director at the Mediterranean Conference Centre (MCC). 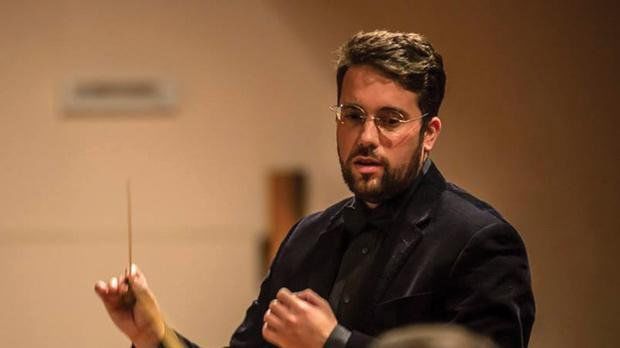 MyMac held an interview with Mr. Galea to learn more about the journey that brought him to Malta as well as his role in promoting the country’s music culture with events and projects co-organised with the European Foundation for Support of Culture and its President Konstantin Ishkhanov.

Alexei's passion for music was highly influenced by the careers and interests of his parents. His father was a tenor singer, while his mother played the piano. While the family lived in the United Kingdom, Galea started visiting the Barbican Theatre, which was a pursuit which he enjoyed from his earliest years. In this way he became acquainted with some of the giants of the world of classical music like Ludwig van Beethoven, Johan Julius Christian Sibelius, Johann Sebastian Bach, and Antonio Lucio Vivaldi. Alexei continued learning music at UK school piano courses and eventually obtained a degree from Moscow State Conservatory. Galea also studied the organ as well as the art of conducting in both Oxford and Germany, but now mostly prefers to dedicate the majority of his time to the organ.

Galea insists that any organ player who wishes to be successful in his pursuit should first begin with learning how to play the piano. Even though these two instruments are very different both musically and technically, Galea believes that, since the organ requires the player to be adapt at operating both the keyboard and the pedalboard, it would be advantageous for one to know how to operate at least one of these from the beginning. Ideally, of course, an in-depth knowledge of both is required to help avoid instances where one would play the organ as if it were a piano or vice-versa.

Positive and negative impact of pandemic on projects

Galea is not just focused solely on his career as a conductor and organ player career, with the artist also dedicating a considerable amount of his time to directing music projects at the Mediterranean Conference Centre. One such project, entitled Cultural Days of Georgia, was meant to be realised by the MCC in cooperation with the European Foundation for Support of Culture – who Galea says are more akin to friends than partners by this point – but unfortunately, due to the restrictions and uncertainty brought about by the pandemic, the premier date has already been postponed twice – initially from March 2020 to October 2020, and then again to October 2021.

Conversely, however, the extra free time provided by the pandemic allowed Alexei come up with a new initiative – recording the music of Johann Sebastian Bach in the Millennium Chapel in St Julian’s. This idea instantly caught the attention of Konstantin Ishkhanov who was inspired by this new project.

According to Galea, Bach is absolutely essential for any organ player, with the musician insisting that the composer dominates organ repertoire to such an extent that one can hardly call themselves an organ player if they don’t perform his works. Galea argues that this stands in contrast to an instrument like the piano for instance, since piano repertoire has so many giants within it that one can get away with not performing the works of Liszt for instance, which doesn’t really apply in the case of the organ.

Alexei has already recorded several Bach sonatas for the project as well as his Toccatas, Fugues, Adagio and some other shorter compositions.

In 2019 Alexei Galea held a series of concerts organised in collaboration with the EUFSC  that were aimed at promoting national culture abroad. These saw Galea perform with leading Maltese musicians in the Russian Federation as a part of a project called "Days of Maltese Music in Russia". The first concert of the series took place in the city of Kislovodsk, where Alexei was joined by a number of remarkable Maltese musicians from Malta, including the talented young pianist Bernice Sammut Attard, as well as the orchestra of Safonov Academic Symphony, in a rendition of the Grieg Piano Concerto and Danish composer Carl Nielsen’s Symphony No. 2. 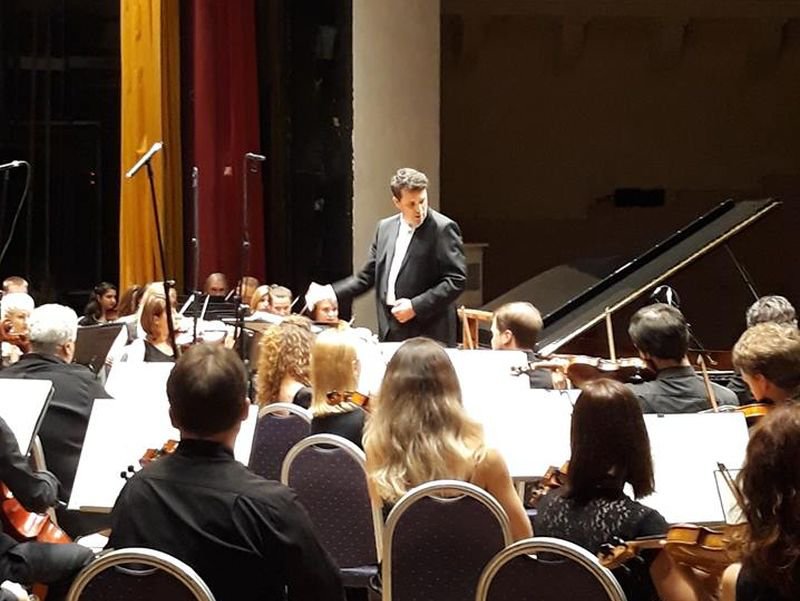 There were a further nine concerts in Russian cities in this series, but Galea still remembers the first one fondly, noting with pride that he was extremely satisfied both with the audience and with the performance of Sammut Attard, who prior to this tour had represented Malta at the Eurovision Young Musicians 2018 competition.

Galea also collaborated in another project after this tour, entitled “Days of Maltese Music in Kazakhstan”, which saw him embark upon a similar series of concerts during which he also took the role of conductor at times. Galea was joined by another fascinating young artist for this event – the violinist, Zhibek Musurgaliyeva – who performed the Khachaturian Concerto for Violin and Orchestra.

Asked to choose between his role as an organ-player and a conductor, Galea said that he loves both equally, and will allow the repertoire to dictate what he does, arguing that if he finds the opportunity to play or conduct music that he loves, he will always take it.

He explained that while he is absolutely fond of symphonic music, for instance, and loves to take any opportunity to conduct compositions by Mahler or Wagner, he has also always been captivated by Bach and the organ, and would never miss a chance to perform his works. The musician even added that practicing Bach’s works on an organ in some empty hall is actually one of his favourite pursuits, and that having the opportunity to spend more time playing his music was actually one of the consolation of the COVID-19 pandemic.

Upcoming projects and prospects of collaboration with EUFSC

There are several cultural projects in the pipeline which Galea plans to see to fruition. One is strongly tied to the ongoing recording of Bach’s works that Galea is currently devoting much of his time to. As of now, this has simply been an audio recording, but in 2021 Galea aims ro record not just the audio, but video versions as well, which will then be broadcast on TV on a monthly basis. For that purpose other organs apart from the one in the Millennium Chapel are to be used during the project, including ones in Holland, Russia and several more in Germany. Furthermore, the accomplished Maltese composer Alex Vella Gregory is to collaborate on this project during the recordings that are to be made in Saint-Petersburg. Additionally, several compositions by another Maltese composer Francesco Azzopardi are to be played by Galea on the organ as well.

Alexei emphasised that many of these projects – past and present – only got the chance to be implemented due to the considerable support of the European Foundation for Support of Culture. Galea added that he felt lucky to be among the first musicians to get acquainted with Konstantine Ishkhanov – the EUFSC’s president – and to start cooperating with an organisation that is so eager to invest time and resources in promoting culture. As a result of that friendship, Galea has already gained much experience in event management, and notes that thanks to the investments by the foundation, a number of new large-scale Maltese cultural projects were allowed to take place.

As a tiny island-state, Malta, according to Galea, did not use to offer many opportunities for prospective musicians to prove themselves, but now, due to the support of such organisations a lot of work has been done on promoting Malta's art and music, both locally, and around the world. 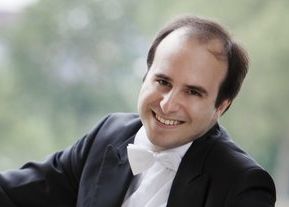 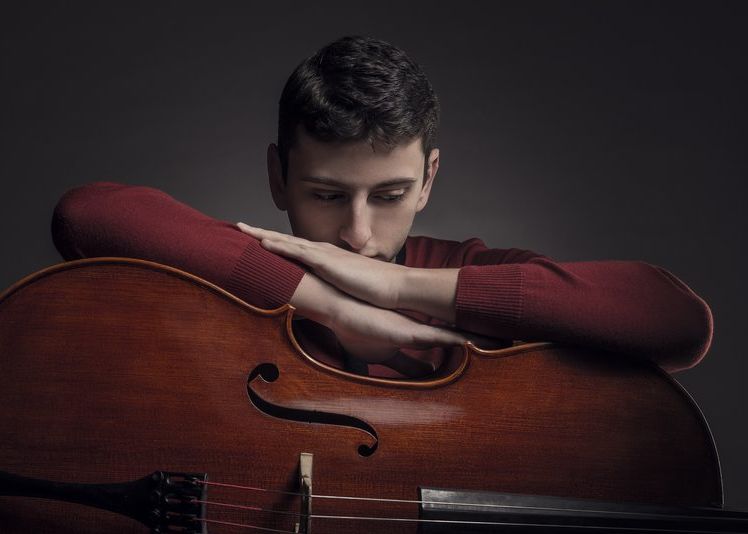 Known for his virtuosity and electric live performances, the Armenian cellist Narek Hakhnazaryan came into the limelight in 2011 after winning the First Prize and Gold Medal at the XIV International Tchaikovsky… 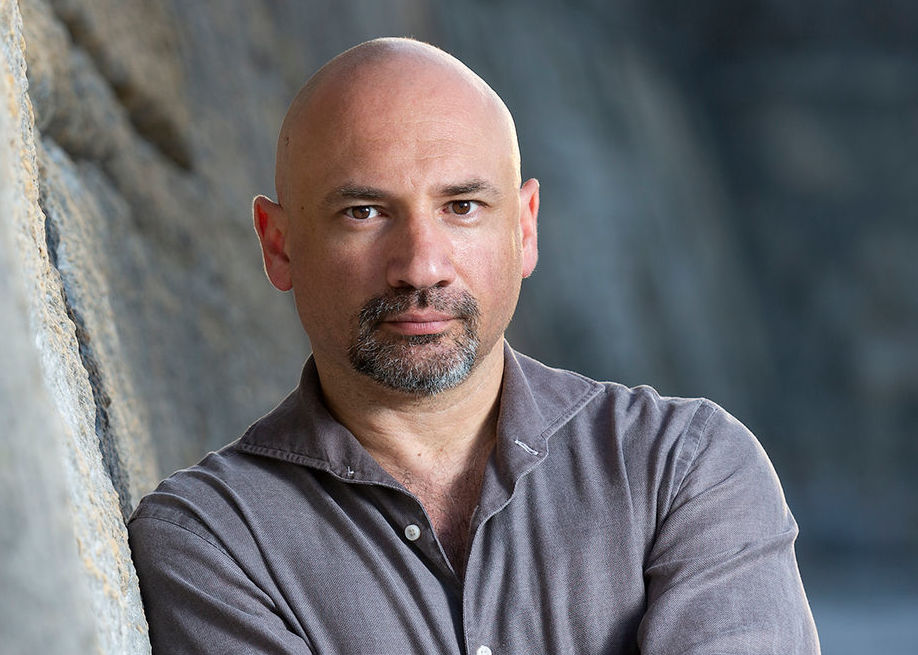